WE CAN DO IT MOANING

We Can Do It Moaning is a post-porn clowning performance, in which the various possibilities of moaning are explored in their diversity. Our interests lie on the borders of women’s representation and their sexuality, which we extend to the realm of the comical with absurdity.

Moaning acts as an impulse to reflect gender, sexuality, stereotypes, communication or trance. Moreover, it can arouse and excite others. Three women moaning in public has political meaning, and it is exactly this that makes us hot and excited.

We have created a piece that is simultaneously a post-porn clowning performance, a performative act and this is how we make politics.

Do you want to know what lies behind the anatomy of our mouths?

ABA NAIA transforms sounds into spoken language. They build their rebellion against the patriarchy with the foundation of human voices. It gets dirty. It gets messy. It gets hilarious. It gets awkward. It gets physical. It gets sexual. It stays complicated. You are invited to a dialogue which takes place at the meeting point between science and a new post-porn soundscape when the seductive power of female tones takes over and makes things move. 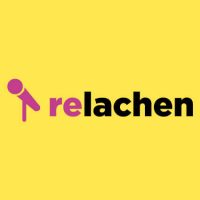